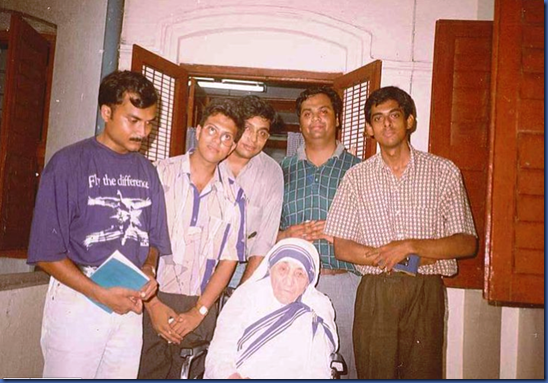 It was August 1997. The second year of my dicey MBA program. We had an inter college fest happening in Calcutta. A group of us from Hyderabad packed our bags and decided to try our hand in the festivities and competitions.

Gorging on bread omelets on most of the stations on the way, we reached Calcutta and were stunned by how humid the place was. We were put up in Salt Lake city and were having 4 baths a day to prevent ending up like a blob of organic matter.

Anyway, on to the next bit. My role in this group was to take part in the photography contest on the theme “Images of Calcutta”. For the next day, my only job was to shoot pictures of anything and everything in Calcutta. No digital cameras. Only the good old analogs.

On the penultimate day, we had time to go out for only one activity. The common consensus was to go to the Mahankali Mandir. Being the maverick, I decided to make a trip and seek the blessings of the great Mother Teresa. My train of thought reasoned that Mahankali would always be around and for always. And She would not mind if we skipped Her darshan this time. But a great soul like the Mother would not be around and this was possibly the only chance I would get. Little did I know that this would be one of my wisest decisions. But who’s to say that it was my decision. Perhaps the Almighty above too was of the same opinion. My four other friends thankfully resonated with my feeling and we set out to try and see Mother.

We reached the Missionaries of Charity in the late afternoon and were escorted inside. We were made to wait for only a short while. This simple building carried energies of monumental proportions over all those years percolated by the work of the Catholic Nuns. The feeling of being there is something which can only be felt. Words cannot describe being in the path of so much goodness even for that fleeting moment.

We were met by an elderly Sister who began quizzing us on the purpose of our visit. She found it a little hard to believe when we said we came from Hyderabad and wanted to only seek the Mother’s blessings. Our heart flew the next second when she said that the Mother was indeed inside. With trepidation and sweaty palms, we hoped to see her soon. But there was more questioning to be addressed. Only when we had completely convinced the Sister of our simple intentions did she reveal her purpose. Apparently, too many people come to see Mother to take her signature on recommendation documents for school, college or job applications. And the Mother being the Mother, she would sign on all of them. The Sisters had the unenviable job of sifting through the innocents, the faithful's and the conniving before letting them through.

We were then led to a room and asked to wait. In 5 minutes, the doors opened and THERE she was! It was the Mother being brought on a wheelchair. Here was a Bharat Ratna and a Nobel Peace Prize awardee. I remember shedding a tear in the presence of such a great saint. We have only read about her in books and seen her photos but being in her presence was something uncanny and holy. She had a glow about her even at the age of 87. The photo above is not tampered. But the glow still remains. We fell at her feet and sought her blessings. And then I laughed.

I almost fell down when she put her hand on my head. It was SO strong. She put her hand and pushed my head down so hard. Nothing prepared me for that amount of power from someone so aged. I stood up laughing at this rare moment.

We requested Mother for a photo. She normally would not consent but made an exception in our case. And there it was. She next gave each of us a Vatican dollar of Mother Mary which I wear today as a symbol of protection and guidance. 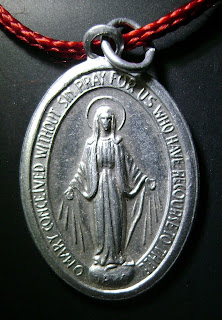 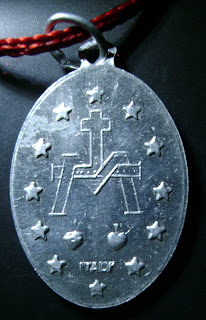 The importance of this photo sank in later because this photo was taken on 29-Aug-97. Mother passed away on 5-Sep-97; just a week later. In all probabilities, this might be the very LAST photo taken of hers and I have it. Thank you Mother for your darshan. Thank you for your blessings and the sign that it was all meant to be.

I ended up winning the first prize in the photography competition as my photo was picked out of a 100 photos.
Oh, the Sister who we met was Sister Nirmala, the current Mother of the Missionaries of Charity. Now how’s that for a bonus blessing!
Posted by Vidhyashankar K at 2:17 PM

I did not know that you were a photographer as well - hidden talent.

Thank you for the kind words. Photography is a wonderful hobby if you can dedicate time to it like all else. Captures emotions within stills.

Sure thing. I will bring the picture one of these days. you'll be surprised to see how simple it is. :-)

Shankar I have no words to express. For the first time I have seen your blog and especially this one caught my attention. You are a very lucky person to have Mother's darshan. Being an admirer of Mother Teresa from childhood, I would like to thank you for having me a virtual darshan.