11.11.11 is a hallmark day for womanhood in . The high court in has given the death penalty to a father who killed his 3 day old girl baby. While many a citizen would be happy with this judgement, there is finally justice served for atleast one life.


How a parent can look into the eyes of his/her own flesh and blood, a 2.5 kilo squealing bundle of joy, only to kill her after that is beyond me. I mean, there are still human rights issues regarding abortions in the first trimester but the argument can be made that there is no foetus formed yet. But to steel the heart, look at the helpless, new born, trusting child and then snuff it out is possible only when premeditated and well into the cruelty domain. 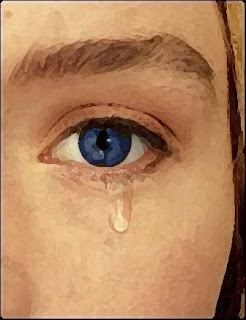 Hopefully, this judgment should act as a strong deterrent for those planning the same act. But as the country is too large and many births go unregistered, more girls will be killed after birth without anyone’s knowledge. And many of these are done by the elderly ladies themselves. The very same gender that brought forth the family carries out the act or dumps babies in dustbins without dignity.


But nature always has her ways to maintain balance. Grooms in find it difficult to obtain local brides as there aren’t too many left. Over time, the law of demand and supply will prevail. Too many men and too few women will tip the favor on the side of the women who will get to choose their partners at will and hopefully reduce the burden of dowry. The law will have to get stricter to save the few existing women or else face the danger of a gene pool getting wiped out. But on the flip side, rapes and sexual harassment incidents will increase and more safety nets will be required for women.


A fact needs to be mentioned here. The British government examined the statistics of the abortions being done within the . They were surprised to find that the trends clearly shows the direct proportion of abortions on the rise once the Indian families found out the foetus was a female. There is no PNDT in the and the sex of the foetus is openly shared as they do not discriminate between the sexes. The native British did not abort on the basis of gender.  This adds to the complexity of bringing in a new law which cannot be applicable to only Indians living in the .


What can be done? In cities, the process of change is already underway with more girls getting educated than before. Treating either gender with equality will go a long way. Enforcement of dowry reduction will also help. Most importantly, the laws need to be enforced quickly. Its only when the government shows its seriousness that people start changing, atleast out of fear. Another change should be to empower women and bring them up as independent thinkers, to be unafraid of their decisions and stand by them as family when they need support.


That said, the judgment passed is hopefully the first step on the long road to eradicating female infanticide. I wonder what Durga Mata or the Virgin Mary has to say about this.
Posted by Vidhyashankar K at 2:54 PM

The course of is also be|can be} fast and produces minimal material wastage. However, unlike to|not like} different manufacturing techniques, sheet metal fabrication truly comprises many different processes, all of which manipulate the sheet metal in several methods. These different processes might contain Slippers for Women cutting the sheet metal, shaping it, or becoming a member of different items of it collectively. Stainless metal is an alloy of metal that incorporates a minimal of 10.5% chromium which results in|which ends up in} one of the many benefits of the fabric. The added chromium contributes to the corrosion resistance of stainless steel. Chromium adds a shine to the fabric that makes it nice to make use of in circumstances where aesthetics matters.