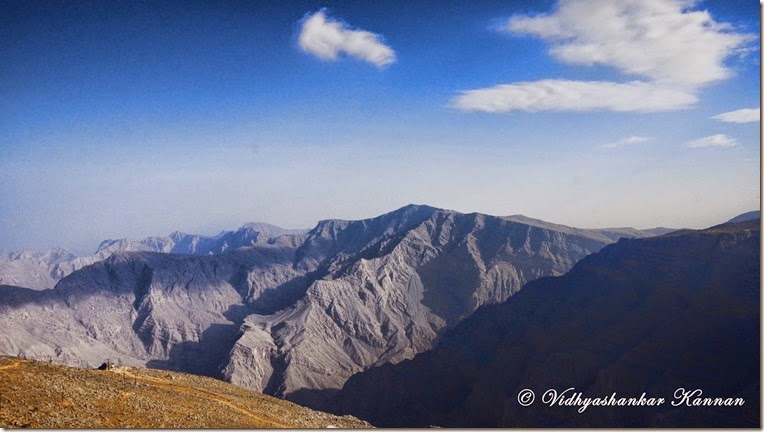 The Middle East will always remain a place of intrigue. No taxes, silk finished roads and a staggering range of cars from every manufacturer in the world. Not to mention an obscene level of materialism coupled with some excellent engineering in city and building designs.

Having spent 2 days in Ras Al Khaima on a work and vacation schedule, my good friend and colleague Sudeep (www.sudeep.me) knew my penchant for trekking and decided to surprise me by taking me to the Jabal Al Jais mountains which is the highest point in the UAE at over 6000 feet. I went along for the excitement of the ride and hoping for a good view. Am mighty thankful to him as the end result was much more than a mere trek. It was a visual treat. 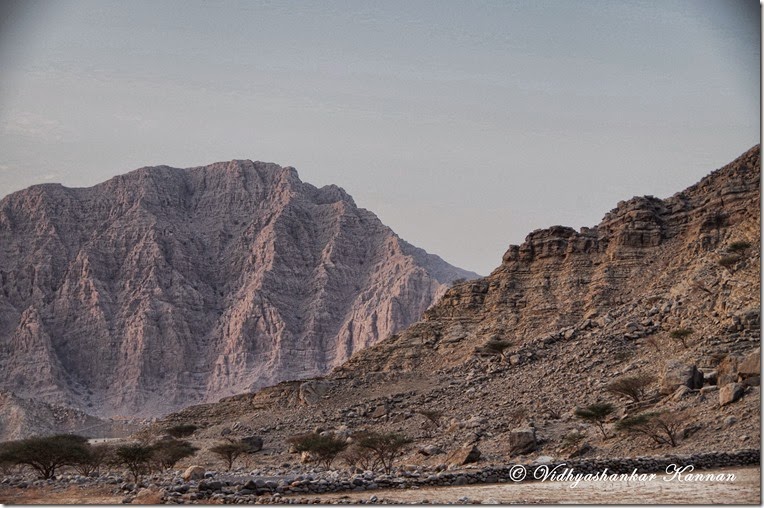 The roads built to the top of the mountains snake their way through some seriously breathtaking landscapes. The mountains are all naked, desolate stones rising high above the ground, devoid of any fauna. The mountains stand close to one another. The range is as frightening as it is beautiful. It is so lonely here that all you hear is the wind roaring. The wildlife is sparse save for the presence of a few goats, crows, snakes and few other species. This is a road for the supercars. I can only imagine the thrill of driving a Ferrari or a Lamborgini on these such smoothly paved roads winding up to close to the top of the mountains. We drove up to the highest paved point and then disembarked with a small bag containing fruit juices, water and biscuits. We were told that the stone pathway to the top was only 2 kms. When we got out of the car, we noticed how much the temperature had dropped. It was nearly 10 degrees lower than the base of the mountain. 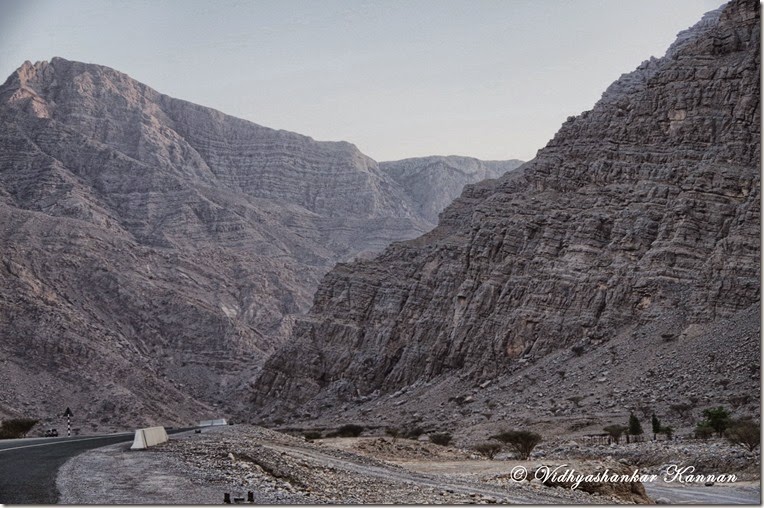 The trek kept us warm. We stopped at a few viewpoint locations along the way but soon found that it felt a lot longer than 2 kms. Along the way, the most noticeable thing was the sheer lack of anything other that stones and boulders and mountain walls. The place is breathtaking. I have visited many a hill station but this mountain range was the only one that was stripped of nearly all life. The pictures will speak for themselves 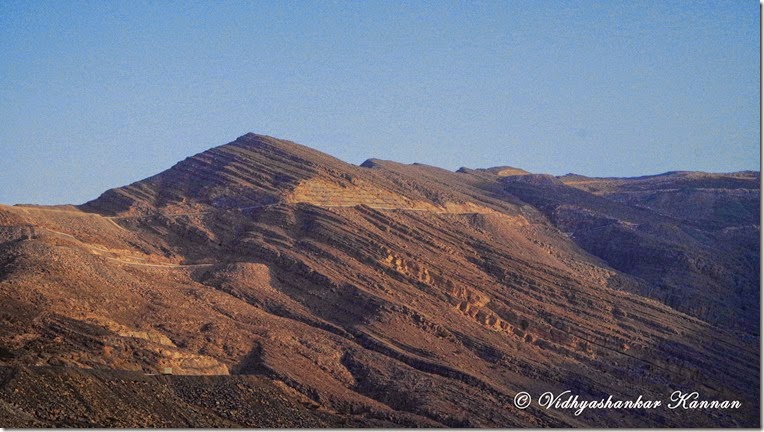 As we kept walking we noticed that the 2 kms felt longer than it should have. The absolute top was restricted for outsiders as the Sheikh had his questhouse there. We settled for the viewpoint just below and what a view it was. 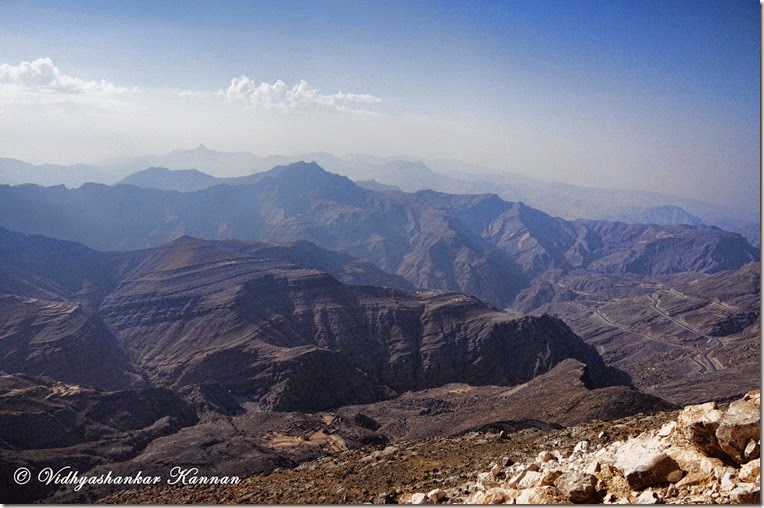 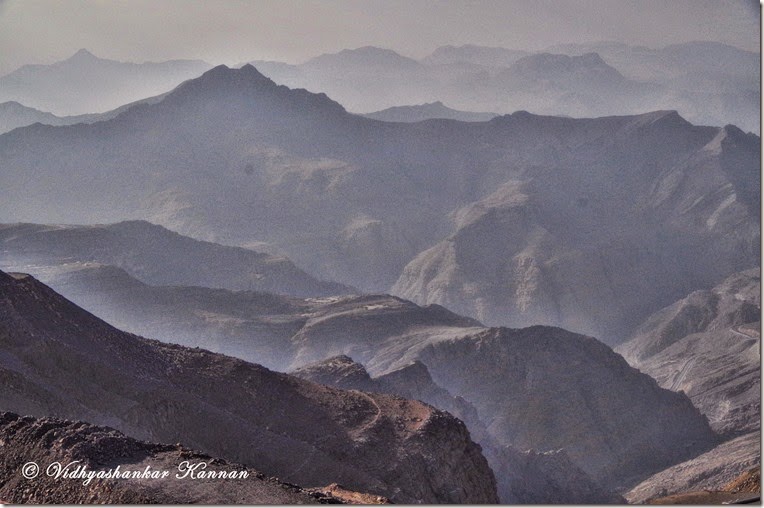 Large rocks strewn everywhere and a valley of nothing but stone. We sat down and noticed the complete silence of the area. A while later, we started the walk back but then hitched a ride from a local construction worker who was returning to our parked car. He then told us that the walk from our car to the top was about 5 kms instead of the 2 we had assumed. All in all, we had walked around 8 kms; perhaps the reason for our tiredness. 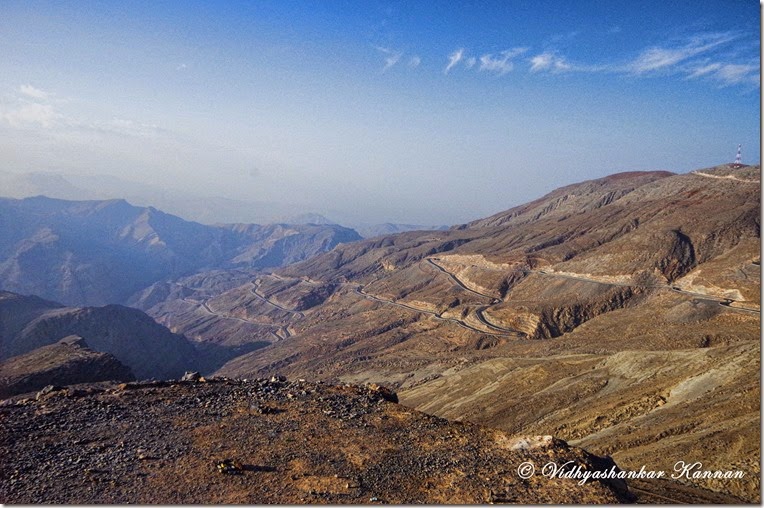 The drive back down was even better as the sun was out in its full glory. Every turn revealed a fantastic view all the way till the bottom and back. 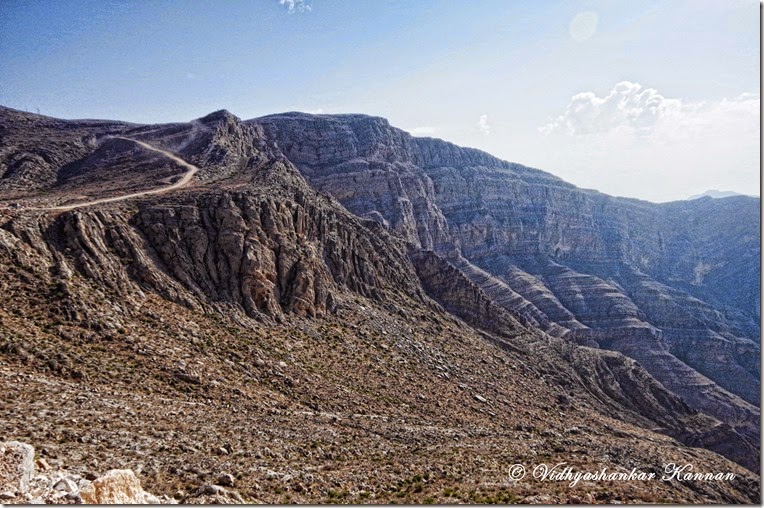 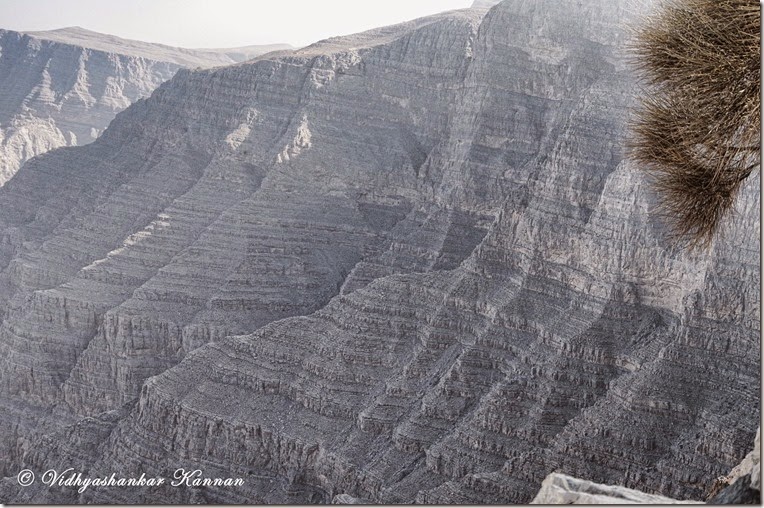 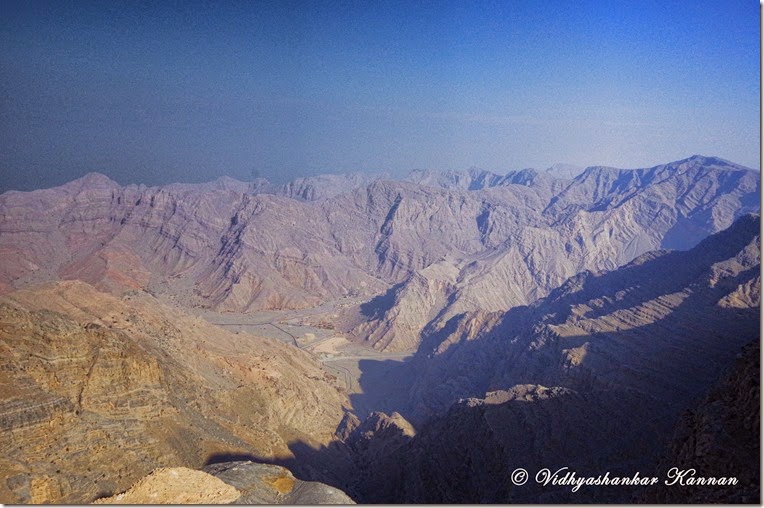 Great experience, great drive and a good trek. But supercar owners will truly relish the drive. And Ras Al Khaima has plenty of them. 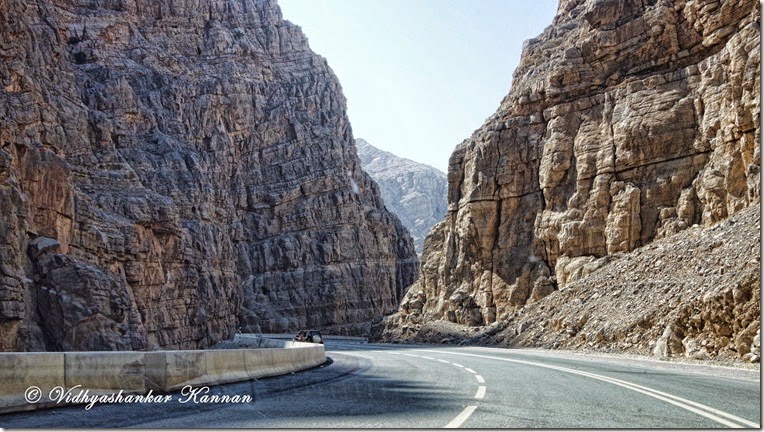 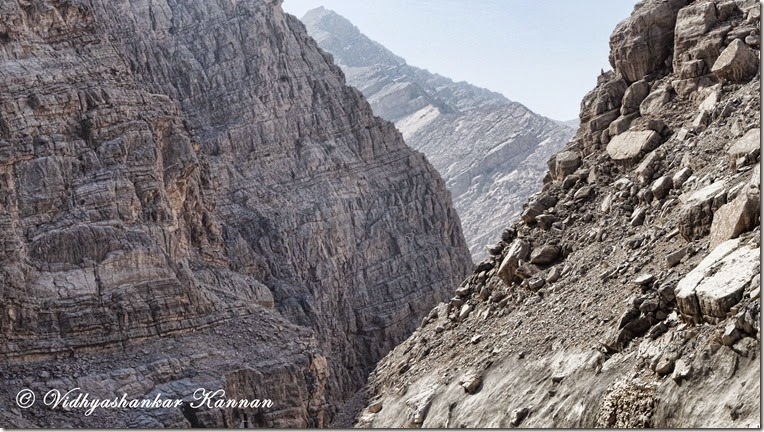 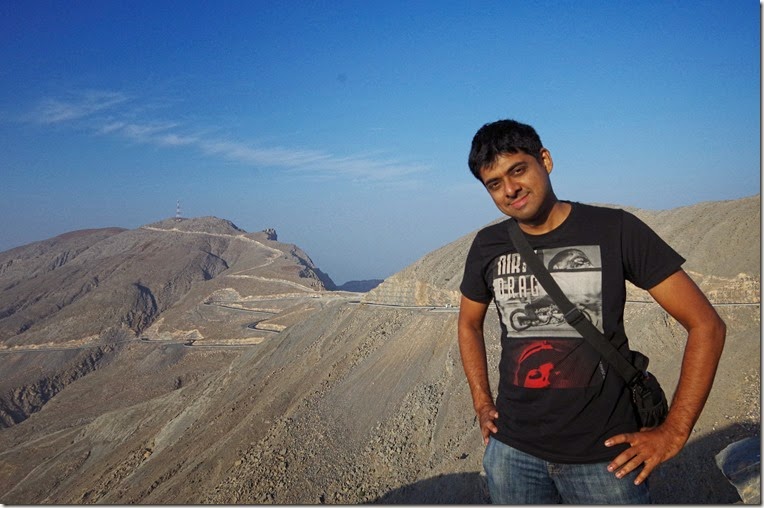 Posted by Vidhyashankar K at 7:20 PM

Science IT and Leisure said...

have a great day