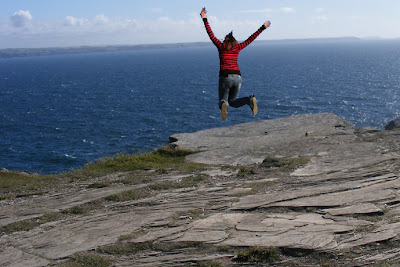 Asterix and the Normans is a great comic book. It conveys humorously the meaning of the word courage. If you get your hands on this book, be sure to enjoy the thrashing and the message.


The Vikings were a very proud lot. They conquered so many lands violently and their way of celebration was to drink apple cider out of the skulls of their enemies. Such a race was portrayed as “Not knowing the meaning of fear”. But the Normans were actually a very brave lot as they fought for honor. They were more afraid of losing their honor than their lives.

To say the statement “I do not know the meaning of fear” actually means “Only fools rush in where Angels fear to tread”. For courage is always about overcoming your fear. When you stand at the edge of a cliff, you instinctively know you’ll die if you fall off. So not knowing and jumping off is stupidity as the fear never existed in the first place. Facing your fear after the sweat, the adrenaline pumping and then looking at your fear face to face to overcome it is courage.

Ask a rehabilitated drug addict about the meaning of fear. During rehabilitation, the body is made to slowly go through the withdrawal symptoms. The body craves for the drug and goes to a point of insanity after which it begins to slowly recover. This craving is so frightening that the addict feels he/she is going to die out of something horrible. But overcoming this needs willpower. And the fruits of the labor are a drug free individual who is never going to touch drugs for the rest of his/her life.

Giving up smoking is the same. Same for alcohol. People who have never smoked or been drunk or been addicted to any vices do not know the meaning of fear. Abstaining from them does not mean one is free of temptation. But it does imply that the person has perhaps more willpower.

However, true courage comes when one is able to be in the thick of things and still not let it become an addiction or let it affect you. Courage is after all the power of the mind over substance. Once the substance has taken over, the will is lost. Standing up to society for what you believe in is courage. Standing up for your own belief is courage. Accepting your weaknesses is courage. In each case, the fear of either dying or being ostracized is overcome.

Courage is not about reading and imagining the experience. It is about being in the thick of it, the motions, feeling the trepidation and then overcoming it. There is no substitute for the experience.

Posted by Vidhyashankar K at 9:05 AM

Long back I had read one small India Today article. It was about an Oxford Final Year Exam and the students were asked to write an essay on "What is Courage" (300 words)...One student gave the answer sheet in 2 mins. He got the highest grade...He had written, simply 3 words, "This is courage !!!"

reading this , all i can remember is the memorable deccan trails trip we had. lol :)